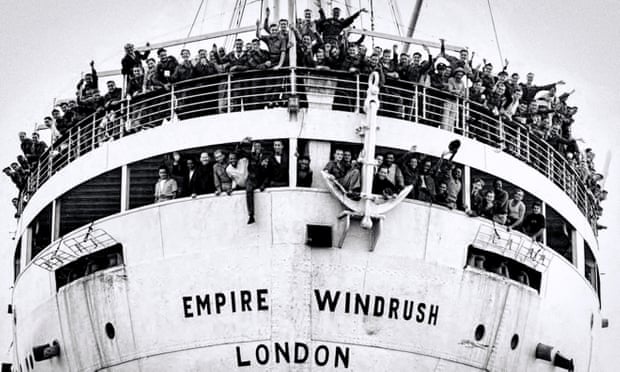 Windrush citizens who have had their lives turned upside down by a harsh government policy that wrongly targeted them over their immigration status are still waiting for their cases to be resolved, despite a government pledge to process them in two weeks.

Dozens of those referred to the Windrush taskforce have yet to receive news about their citizenship and biometric residence permits.

One man is still homeless, living hand-to-mouth while he awaits news. One woman, a former NHS nurse who is facing deportation, was told to seek charity help to feed her child while she waits for her case to be examined.

Gavin Cowings, a caseworker for David Lammy, the Labour MP for Tottenham, said: “We have referred 25 constituents to the Windrush taskforce in total. Only three have been granted their citizenship so far, and the others are left in a strange limbo … We still have some people who have not even got biometric residence permits and we alerted the Home Office to these people months ago.”

Cowings said one man, who has asked to remain anonymous, came to the UK from Jamaica in 1976 and was arrested in May when he went to get his biometric card at Lunar House, Croydon, the Home Office visas and immigration headquarters.

“He spent about 12 weeks in prison but eventually charges were dropped. He has now been released and still does not have a biometric card. He is in limbo and has no access to benefits. He is still homeless, although hopefully next week he will get some sort of housing. But in terms of his immigration status he has no legal right at all to stay,” Cowings said.

Sharon Vitalis has not been able to work or claim benefits while she awaits an update on her status. She does not know the outcome after six weeks, and called the Home Office to tell them she was struggling financially.

In a recording of her phone call with a caseworker passed to the Independent, Vitalis says: “Is there any way I can apply to work while they’re waiting for their appeal? I am not allowed to work, I have no benefits. I have a 12-year-old child.”

The caseworker responded: “Well I’m afraid these are the immigration rules, so you’ll have to get some advice from somebody, but obviously the Home Office point of view [is] if you don’t have a legal status in the UK you’re not entitled to work or study.”

Satbir Singh, the chief executive of the Joint Council for the Welfare of Immigrants, told the Independent this advice “wasn’t just callous, it was also completely wrong”.

“It’s appalling that the Home Office effectively told Sharon to go and beg for food, when there are laws requiring the state to act in the best interests of children, and provide financial support to children facing destitution.”

The delays are adding to growing concern over how the Home Office has responded to the Windrush crisis, in which people who arrived from the Caribbean between the late 1940s and early 1970s were routinely targeted by immigration officials.

She said: “From the Windrush scandal to immigration detention, to these outrageous delays – it is long past time that the government takes responsibility for leaving people distressed and destitute.”

Lammy wrote to the home secretary, Sajid Javid, last month to say he had been contacted by a constituent who had waited 10 weeks to begin the citizenship process.

“It is outrageous that those who have been failed by the Home Office should be failed once more by the very scheme designed to correct historical wrongs; it is morally repugnant that more than two months after the former home secretary made her statement to the House of Commons, members of the Windrush generation find themselves anxiously waiting for nothing more than recognition of their rightful status,” said Lammy.

A Home Office spokesperson said: “The experiences faced by some members of the Windrush generation are inexcusable and it is clear that we must do what is needed to ensure that nothing like this happens again. The home secretary has said that it is his top priority to right the wrongs that have occurred.

“Our taskforce is helping [to ensure] those who have struggled to demonstrate their right to be here are supported to do so and we have committed to setting up a compensation scheme.”